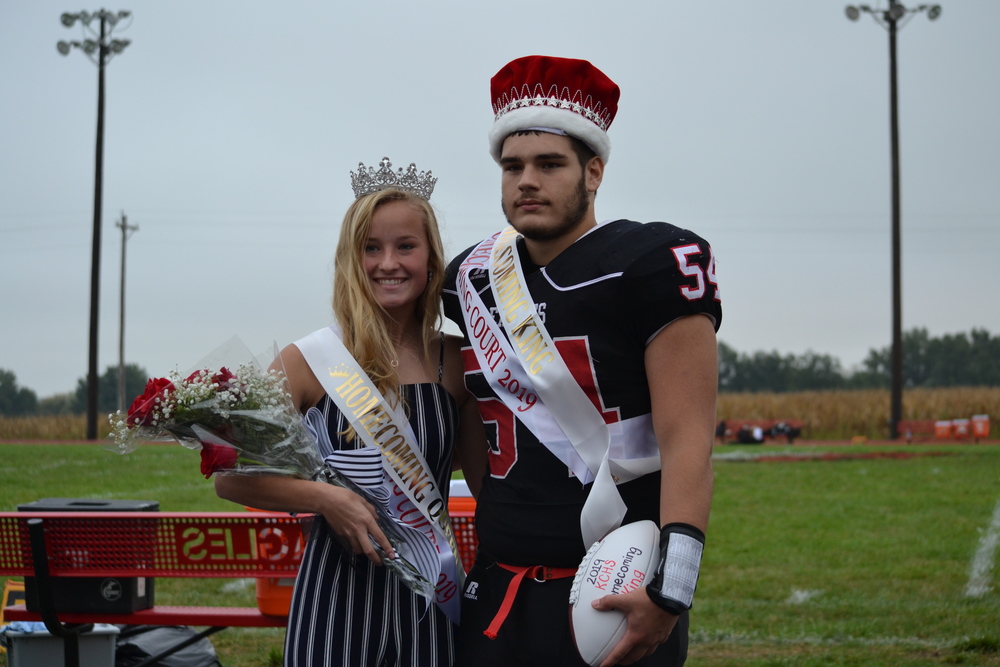 Knox Falls to Harrisburg on Homecoming

Knox County’s Homecoming football game against the Harrisburg Bulldogs did not even make it to the beginning kick-off on Friday night. Lightning postponed the game for 20 minutes before two tornado warnings forced everyone in attendance to the basement for shelter. At that time, it was decided to postpone the game until Saturday morning at 11 a.m.

The Eagles struggled to score in the first half. At halftime, the score was 0-14 with the Bulldogs ahead. Following halftime, Colton Morrow ran in the only touchdown of the game. Knox would then fall to the Bulldogs 36 to 6 to put their record at 3-2 for the season so far.

At halftime, the Homecoming Court was introduced with Jaiden Linebaugh and Robert Mauck being crowned the 2019 Homecoming King and Queen. Homecoming Spirit King and Queen were also recognized; junior Coltin Morrow and sophomore Angel Carr were chosen by their peers, with Mrs. Greenley being chosen as the staff winner. The Junior class was also announced as the winners of the spirit competition. Due to the weather complications, the planned activity night was postponed.