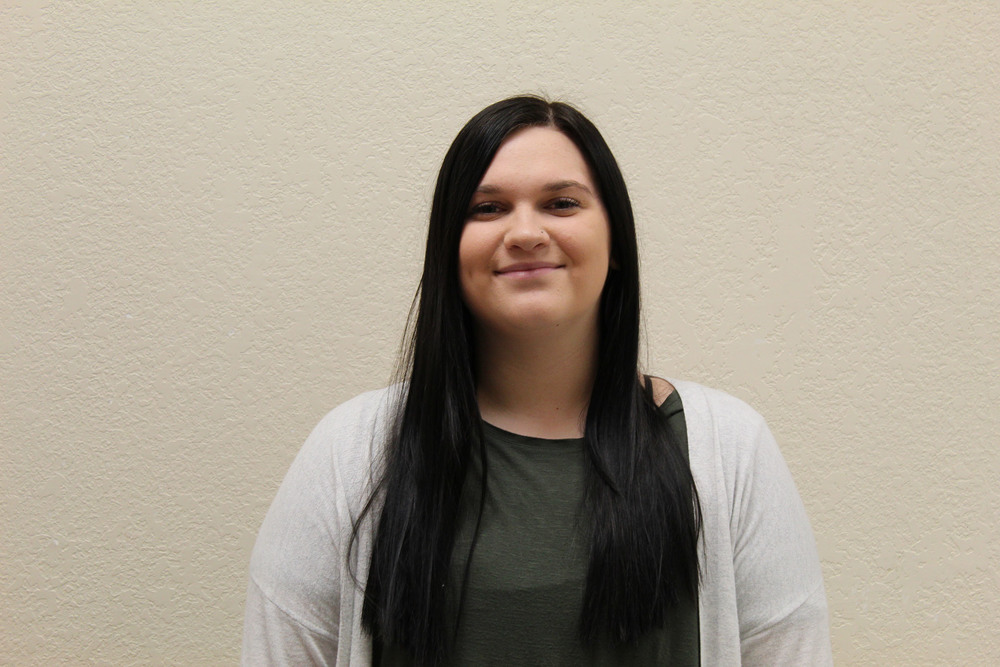 Jazzlynn Grace Holman is a senior this year at Knox County. She is the daughter of Joe and Krista Holman. Holman is involved in Spanish Club, NHS, band, basketball and football cheer, and she is a baseball manager.

Holman said that her favorite school memory is when her old cheer coach took the cheer squad to competition for the first time in several years. She also shared that her favorite teacher would have to be Mrs. Barnhill, because she feels as though she can talk to her about anything and they always have good conversations. When asked to give three words to describe herself, Holman said that she is a leader, outgoing, and hardworking.

Holman says her mother has been the most influential person in her life and has inspired her in many ways. Her mom went to back to school in her late thirties and made it through nursing school all while having a family at home. Holman said that she believes if her mother could make it through nursing school with a family, then she can make it too. Her mother’s work ethic and dedication inspired Holman to also pursue a career in nursing.

Upon graduation, Holman will have enough credits to begin college as a sophomore. Holman’s future plans include attending Quincy University and Blessing-Rieman School of Nursing. After she graduates nursing school, she wants to start working toward becoming a nurse practitioner. Within ten years, Holman sees herself working as a nurse practitioner in a women’s health clinic.